Chronic illnesses, such as Lyme disease and mold illness, often lead to concomitant struggles with mental health. A significant proportion of the mental health struggles chronic illness sufferers face is due to the fact that their lives have been turned upside-down by illness. The life changes induced by illness can be emotionally harrowing. However, chronic illness can also affect mental health in a physiological way. I believe that mold illness has an especially strong relationship with mental illness, due to the profound effects mycotoxins have on the brain.

Mycotoxins are compounds produced by microfungi that are capable of causing disease in both humans and animals. The most common routes of exposure to mycotoxins are by ingestion of contaminated foods, and through skin exposure and inhalation in environments containing toxigenic molds, such as water-damaged buildings. A few examples of mycotoxins include aflatoxin (produced by Aspergillus), Zearalenone (produced by Fusarium), and trichothecenes (produced by Stachybotrys aka black mold) (Bennett & Klich, 2003).

According to a 2007 article titled “The Validity of the Environmental Neurotoxic Effects of Toxigenic Molds and Mycotoxins,” the most frequent toxic molds found in Europe are Aspergillus, Penicillium, and Fusarium species. In the United States, the most common toxic molds are Alternaria, Cladosporium, Aspergillus, Penicillium, Stachybotrys, Curvularia, Basidiomycetes, Myxomycetes, Smuts, Epicoccus, Fusarium, Bipolaris, and Rhizopus. According to the author of the article, “It is accepted in Europe and elsewhere that the mycotoxins produced by these toxigenic molds are particularly a risk for human health” (Anyanwu, 2007). Exposure to toxigenic molds can produce an extremely wide range of symptoms across many different body systems. My goal here is to examine how mycotoxins impact one particular body system – the neurological system – and how this can lead to the neuropsychiatric health issues.

Listed below are some of the most common neuropsychiatric symptoms caused by mycotoxins: 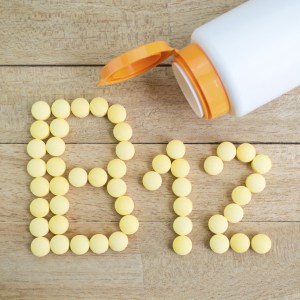 Mycotoxin exposure leads to an increase in the production of inflammatory cytokines within the body. These inflammatory cytokines can cause the brain to become inflamed, leading to neuropsychiatric disorders such as depression and bipolar disorder. Brain inflammation can also be caused by other substances such as lipopolysaccharides. In water-damaged buildings, mycotoxins often coexist with other pathogenic microorganisms that produce substances called lipopolysaccharides. In animal studies, lipopolysaccharides (LPS) have been found to cause inflammation of the brain stem via increased expression of interleukin-1B. This type of brain inflammation may cause developmental delays in children, and may predispose one towards developing neurodegenerative disease. Exposure to LPS may also predispose one towards developing dopaminergic neurological disorders such as Parkinson’s disease, autism, cerebral palsy, and even schizophrenia (Hope, 2013).

A combination of mycotoxins and endotoxins (toxins from the cell membranes of certain types of bacteria) can lead to increases in cortisol and epinephrine (Hope, 2013). These two substances play huge roles in mental function, and chronic increases in their levels can lead to anxiety, brain fog, panic attacks, aggression, and numerous other mental disturbances. 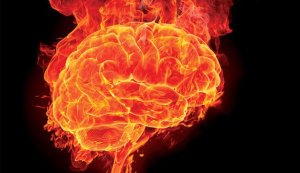 Trichothecenes can cause damage to neurons, the cells of the nervous system. This leads to faulty cell signaling and broken neuronal pathways in the brain (“Toxic Black Mold Symptoms). Some types of mycotoxins also demyelinate neurons. Myelin is the protective fatty sheath that surrounds neurons and ensures that they transmit signals properly. When the neuron is demyelinated, cell signaling is disrupted. This suggests that mycotoxin exposure may play a role in neurodegenerative diseases such as Multiple Sclerosis and Parkinson’s disease.

Synergistic Effects with Other Toxins:

Of note, the interaction of mycotoxins with other toxins such as pesticides can magnify detrimental neurological effects (Hope, 2013).

My Experience with Mycotoxin Exposure and Mental Health Issues:

Exposure to mycotoxins over an extended period of time can lead to neurological and mental health symptoms, but in my experience, brief exposures can be just as detrimental. I have a history of living in moldy college dorm rooms, attending a moldy college, and living in a moldy apartment, so I am very sensitive to mold. I have found that taking binders such as bentonite clay, activated charcoal, chlorella, and Saccharomyces boulardii significantly reduces my anxiety if I am exposed to mold. Long-term supplementation with these binders has also improved my mental outlook and helped reverse the depression I experienced as a result of living and attending school in moldy buildings. Listed below are the binders I take the comprise my mold illness treatment protocol.

Anyanwu, E. (2007). The validity of the environmental neurotoxic effects of toxigenic molds and mycotoxins. The Internet Journal of Toxicology, 5(2). Retrieved from http://ispub.com/IJTO/5/2/11373.

Hope, J. (2013). A review of the mechanism of injury and treatment approaches for illness resulting from exposure to water-damaged buildings, mold, and mycotoxins. The Scientific World Journal [online]. doi:  10.1155/2013/767482.